In the United States, about twenty-five million people have served in their nation’s military. They are not only a part of a branch of service but also an organization with its history and culture. Veterans who once served in the U.S. military have now set out to help other veterans who may be struggling with life after service or returning home from active duty abroad. It is where they presented the idea of a veteran’s fraternal organization.

What is a Military Veteran?

A military veteran has served in the U.S. military and, as a result, has had to face adversities, psychological wounds, and other challenges while serving the country they love and respect. It includes any service, including the armed forces and reserves and those who have served in the merchant marine and marines. While serving in the U.S. military is not directly related to war, some have served in combat during the military. Combat duty involves military personnel engaging others with force, whether by land, sea, or air, including enemy combatants and civilians.

Qualification For A Military Veteran Status

Just as the title implies, military veteran status is not given to everyone who served in the U.S. military. They must meet specific qualifications to receive it, such as:

National Guard military veterans are those who have served in the National Guard. These individuals have received training for military service and may also receive additional training through the state or local governments where they live. They must be honorably discharged from the National Guard to acquire a veteran status.

A campaign badge veteran has received a military campaign badge after they have served honorably in the U.S. military. It includes any service, including the armed forces and reserves, and consists of those who have served in the merchant marines, marines, home guard, and other units.

Benefits That Veterans Get

Legally recognized veterans are eligible for several benefits from the Federal Government, including:

The VA benefits are a set of medical, health, and pension services that the veteran receives. All veterans in the United States receive this as a service provided by the U.S. government to get them started on their road to recovery. It includes:

It is provided to those living in a state or local V.A. residence and can only be used in that particular area. This aid is only given to veterans whose income doesn’t exceed a certain amount as set by the U.S. government and each state’s administrator of the V.A. system.

Veterans enrolled in the system will receive medical care through the V.A. hospitals and doctors. They receive their care for free and are seen on an appointment basis at the hospital closest to where they live.

Veterans who are disabled due to service in the U.S. military can be eligible for housing grants such as rent supplements and mortgage assistance from the V.A. They also receive a shallow interest rate as well from the V.A.

Veterans who have been active in the military for a long time can be eligible for Social Security Benefits. Social security is a government-run program that offers citizens social safety programs and financial support in an emergency or needs by the individual. Veterans under 65 years old and have served honorably for twenty years can be eligible for Social Security benefits if they meet specific qualifications.

It benefits veterans who have a V.A. home loan and are eligible for the G.I. bill. The benefits are free and paid for by the loan and G.I. bill money. Veterans’ mortgage life insurance also pays off the entire balance of their home loan after the veteran’s death while they still had an outstanding loan balance on the property they were purchasing with their V.A. home loan.

Legally recognized veterans applying for a job will receive hiring preference over non-veterans. Employers must give the veterans hiring preference if they meet specific requirements, including meeting the minimum qualifications for the position and having a good work history.

What is a Protected Veteran?

The main difference between a protected veteran and an active-duty service member is that the former isn’t currently serving in the Armed Forces. However, they are still considered U.S. military members. An active-duty member is still serving in the U.S. military and can also be a veteran, but being a protected veteran means they have access to unique benefits exclusive to those who no longer serve but have previously served in the military.

Protected veterans are awarded certain benefits depending on their status. Those injured veterans during their service may receive specific medical care from the Department of Veteran Affairs (V.A.). They are also allowed to use other military benefits, such as the GI Bill, which will enable them to continue their education or vocational training. Some of the V.A.’s other advantages include life insurance and home loans.

Not all military members are considered veterans by the U.S. government, even though they may have served honorably. Some military branches, including the Coast Guard, the National Guard, and other active-duty members of the Armed Forces, aren’t viewed as veterans unless they completed a tour of duty or were discharged honorably due to a disability. Some military branches also don’t receive protected veteran status under Federal law; therefore, they aren’t awarded any unique benefits as veterans would be with V.A. medical benefits and home loans. Although they may not be veterans, the government still provides some help to active-duty military members, including access to the V.A.’s medical care and other benefits.

Other Facts About Veterans

Many veterans can receive free education from the Department of Veteran Affairs (V.A.). Under the GI Bill, veterans can attend vocational schools, public schools, and universities at no cost. The education program is for those who have served on active duty for 90 days or more during their military career.

They Are Allowed To Have A Free Home

Veterans are entitled to a no-cost home loan from the U.S. government through the Department of Veteran Affairs (V.A.). There are specific qualification requirements that they must meet to receive this benefit. The VA provides a home and a $1,200 per month allowance for veterans who served during the war. The VA also provides home loans for those injured while serving in the military. The program is specifically designed to provide all veterans with affordable homes and easy access to mortgages.

The U.S. government allows veterans to have free sports licenses in their state. The benefit is a special license that exempts veterans from paying for the sport’s license fee if the veteran served during a war or served at least one day during peacetime. This benefit only applies to veterans officially licensed by the Department of Veteran Affairs (V.A.).

Veterans are also eligible to have jobs given to them simply because they are veterans. All veterans are granted special privileges when applying for jobs to be hired by employers quickly. The Veterans Job Corps program allows veterans to gain access to a specific list of high-paying jobs and receive benefits for at least one year after their service is complete.

Veterans Can Receive A Free Education For Certain Branches

The Department of Veteran Affairs (V.A.) also provides free education for some military branches. Those who served in the Coast Guard, Merchant Marines, National Guard, and Women Airforce Service Pilots (WASP) during times of war are entitled to receive this benefit. The educational program allows those individuals to go to vocational schools, universities, and public schools without paying any fees or tuition. The program is available for service members who were injured during their time of service.

The USA is a mighty country, and it has provided veterans with many benefits. The government has played an essential role in ensuring veterans have a good life after retirement. Although the financial burden is usually on the people who have gone for military service, it’s an essential part of living in this country. People who have served as soldiers need to pass through many hardships and physical torture to protect our country, and we should respect them. 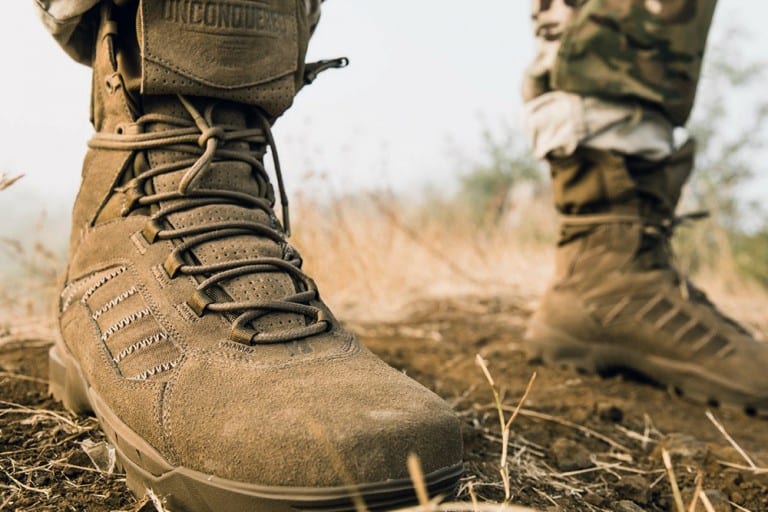