The peanut butter shot. How could something that sounds so delicious instill a bone chilling fear in some of the bravest men and women who serve our country?

In the military, the “peanut butter shot” is slang for an immunization that all new recruits get. The injection delivers a super strong dose of bicillin, which is a long-acting form of penicillin. It is useful for treating a wide variety of infections, even if they haven’t developed yet. All recruits receive it or similar immunizations during basic training or before leaving the country. The physical health of those that serve is of paramount importance during international missions.

Getting a vaccination shot is never pleasant, but the military somehow found a way to make it worse with the bicillin shot. In this article, we’ll look at it, where it came from, potential side effects, and the history of the relationship between the military and vaccine research. Read on to see all about this shot.

What Is The Peanut Butter Shot?

It is a high dose of Bicillin given to new recruits. Bicillin is able to kill a wide range of bacteria and help protect the immune system of new enlistees while they complete their intense training. Injectable bicillin can kill everything from strep throat infections, moderate respiratory infections, rheumatic fever, and even syphilis. Bicillin covers many infections caused by bacteria, which makes it essential for troops travelling internationally. Making it mandatory ensures a baseline level of health across all troops.

The injection site is where most of the fear associated with this immunization comes into play. The peanut butter shot military version is injected into the buttocks to ensure deep intramuscular absorption. Injecting into the buttocks also reduces the chance of the medication interfering with arteries or nerves.

In rare cases, side effects such as permanent paralysis, necrosis, and gangrene severe enough to require amputation can occur if the Bicillin isn’t injected properly. New recruits can avoid getting it if they can prove an allergy to penicillin. Otherwise, the painful experience is something that brings all the recruits together.

Why Is It Called The Peanut Butter Shot?

The peanut butter shot gets its name from the disgusting, thick, creamy appearance of the bicillin in the injection needle and because it feels like they’re injecting peanut butter in your ass. The medication also has a slightly brown tinge to the white substance.

To ensure safe administration, the bicillin shot is slowly injected into each recruit, which makes the experience even more painful and memorable. The combination of the appearance and slow injection process further contributes to the name “peanut butter shot.” The thick substance feels like getting cement injected into your backside.

After vaccination, this forms a huge, painful lump at the injection site. New recruits are instructed to gently massage the area to encourage absorption into the muscle. The high liquid density of the bicillin shot causes slow absorption, which takes your body a few days to absorb. The slow absorption process is part of the unique experience that makes the peanut butter shot memorable.

While the injection itself is painful, it’s the day after that’s particularly disturbing for recipients of it. Many recruits report intense pain in their legs the next day and sometimes even an inability to move their legs. Everyone who receives the bicillin shot will struggle to sit for a few days as your body absorbs the large dose of bicillin. Despite the discomfort, getting the peanut butter shot navy is no reason to skip the intense activities that are a part of basic training camp. On the bright side, leading a highly active life on base leaves little time for recruits to sit around, even if they could.

Are there any side effects associated with the Bicillin Peanut butter shot?

As if the injection’s physical pain isn’t enough, recruits can still suffer from potential side effects after receiving the peanut butter shot. Getting a high dose of bicillin is known to cause nausea, vomiting, headaches, and blurred vision. Many recruits have injection site reactions, which include skin changes, swelling and a hard lump that won’t go away for a few days.

After receiving the Bicillin peanut butter shot, recruits are asked to keep an eye out for severe side effects. Dizziness, shortness of breath, and peeling skin at the injection site are possible signs of serious side effects of the bicillin shot. In severe cases, the bicillin shot can interfere with your ability to move, cause changes in urine, and even seizures.

Improper injection of the peanut butter shot military version can cause mottled skin, numbness, and severe blistering. These are the most severe side effects that require immediate medical attention. These side effects are rare, but they are always a possibility when receiving such a large dose of antibiotics.

History Of Vaccines In The Military

Many civilians don’t realize that vaccination is a deliberate strategy used by militaries across the globe to protect their troops’ health in combat. Something as innocent as a cold or the flu spreading through a country’s troops will unnecessarily cripple their armed forces. For this reason, military research programs have been a significant contributor to vaccine development throughout human history.

The United States Civil War was crucial for the development of America as a country, but the war was marred by smallpox infections. Smallpox devastated the indigenous Native-American population and severely hindered the United States and the Confederates in combat. President George Washington was among the first to recognize the severity of the smallpox disease and wrote, “Necessity not only authorizes but seems to require the measure, for should the disorder infect the Army . . . we should have more to dread from it, than from the Sword of the Enemy.”

In 1777, George Washington ordered mandatory inoculation against smallpox, which became the military’s first compulsory vaccination order. Washington executed this order covertly to avoid his strategy of protecting his troops leaking to the enemy. While the public saw the order as radical at the time, it was an effective strategy, and mandatory immunizations are still used today to protect troops.

Similar to the Bicillin, getting inoculated during the Civil War wasn’t pleasant. When George Washington ordered inoculation against smallpox, there was no vaccine to deliver a controlled dose. Instead, doctors lanced a boil with a knife from an infected patient and inserted the infected blade under the skin of a healthy recruit! This crude form of immunization had to do until the smallpox vaccine was readily available in 1796. According to some historians, George Washington’s decision to inoculate the Continental Army kept smallpox at bay long enough to win the war against the British.

In modern times, new recruits are vaccinated against all sorts of known diseases and illnesses. Measles, polio, mumps, meningococcal disease, and yellow fever are examples of immunizations troops receive in basic training. Military personnel are also vaccinated against typhoid and hepatitis A when travelling to high-risk areas. In addition to the Bicillin , the military tries to cover all bases to keep troops safe from preventable threats.

The military has a detailed history of combating viruses, infectious diseases and contributing to vaccine research. The United States Army, in particular, has been involved in vaccine research for over 200 years. Military personnel have had to combat waves of typhoid, adenovirus, rubella, and influenza during this country’s development.

Many brave doctors such as Dr. Maurice Hilleman, Dr. Malcolm Artenstein, and Dr. Colin MacLeod have made contributions to fighting viruses that are still used today. Research on Hepatitis B in the 70s and 80s proved the protective effect of antibodies, which was a huge medical breakthrough. The peanut butter shot is a precaution used by the military to remain on the cutting edge of viral warfare.

Tip: Are you interested in Watches worn by special forces or to Learn more about Medieval Military Ranks 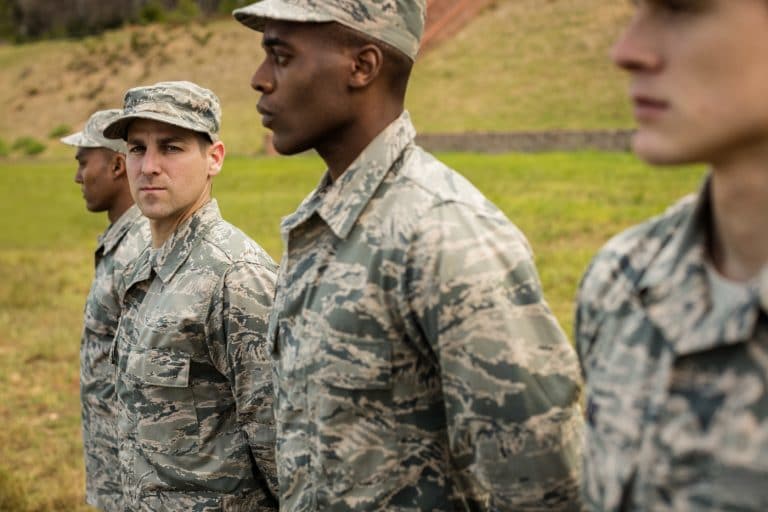 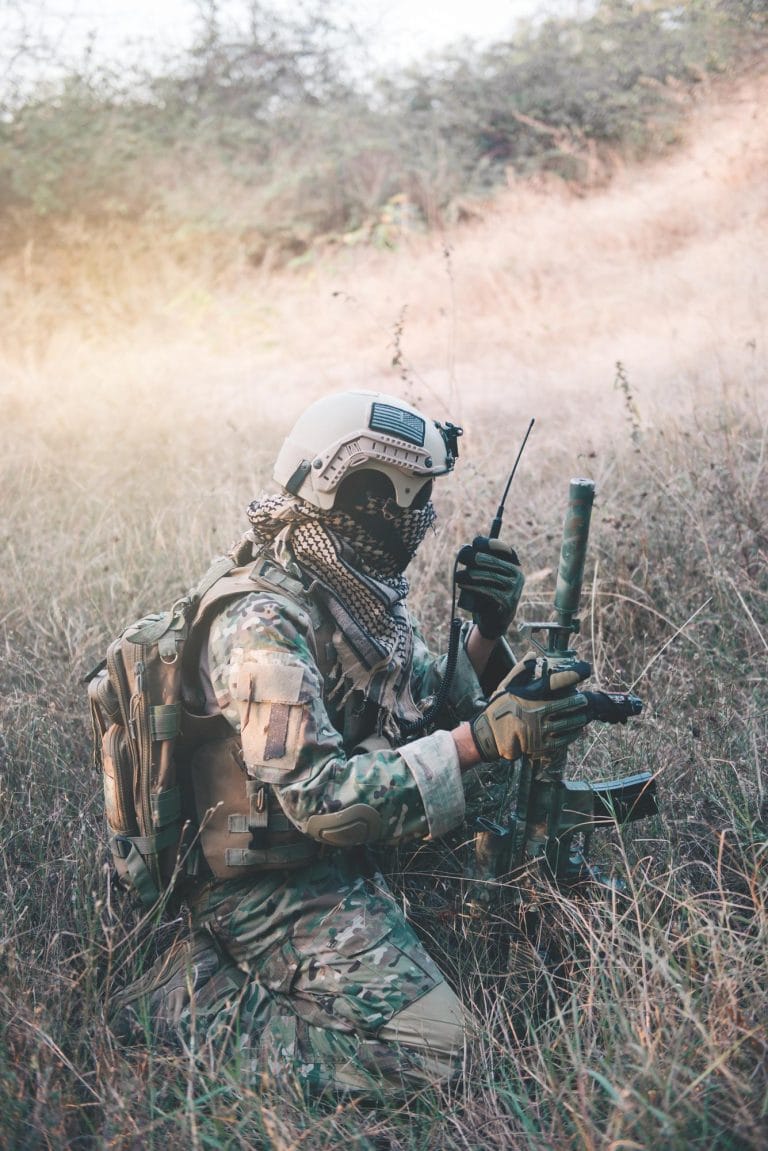