There are only a few military bases in Kentucky, and this beautiful countryside state only ranks number nine out of the top ten states hosting the highest number of active military personnel. However, Kentucky still plays an essential role in American military duties. In addition, many of the original army bases have been decommissioned, rezoned, or abandoned over the years.

Kentucky has five active military bases, of which all are related to the U.S. Army except for the 123rd Airlift Wing, which is part of the Air Force. Fort Campbell hosts one of the largest army populations in the U.S., and Fort Knox is one of the more prominent military institutions in the U.S.

The few remaining active bases still play a crucial role in vigorous defense, training, and preserving the history of the American armed forces. Except for the Air National Guard, the U.S. Army is the only military branch with bases in Kentucky. Although some other departments have a presence in K.Y., they operate within the Army’s structure and command.

U.S. Military Bases In Kentucky And Their History

Although there are few military bases, Kentucky Hardin County ranks at the top when comparing military bases per capita and square mile. Kentucky hosts two of the most significant and crucial military bases in the U.S. – Fort Knox, outside of Louisville, and Fort Campbell, on the border with Tennessee. In addition, K.Y. has three other bases to make it a complete and adequate fiver.

The Fort Campbell Army Base in Kentucky

On the border between the southwest region of Kentucky and the north-central region of Tennessee, you will find Fort Campbell. It centers between Hopkinsville in Kentucky and Clarksville in Tennessee, encapsulating four counties. The communities of both towns are military aware as work and social activities revolve around the base. Consequently, they are one of the largest army populations in the U.S.

This base also hosts the 101st Airborne, the Army’s only Air Assault Division, and the 160th Special Operations Aviation Regiment. The base’s location allows the exceptional capability to deploy forces by air, rail, and road. In addition, two other airborne special operations command units operate within Fort Campbell – a Special Forces Group and a Special Operations Aviation Regiment.

In addition, the 531st Hospital Center and the 52nd Ordnance Group are here. The primary mission of Fort Campbell is to enhance and develop the combat expertise of the 101st Airborne Division and the other units within the base. Training, mobilization, and placement happen from Fort Campbell, with thousands of soldiers attending numerous Air Assault and other military classes.

Fort Campbell caters to all needs with modern facilities such as shops, banks, gas stations, restaurants, and swimming pools, to name a few. Although the more significant part of the base falls within the Tennessee state, the local post office is across the Kentucky border.

The History Of Fort Campbell

This base carries the name of BG William Bowen Campbell, a Union Army Brigadier that was also the last Whig Governor of Tennessee. Brigadier Campbell was elected as colonel of the First Tennessee Volunteers. He is particularly famous for leading his regiment in the storming of Monterey in 1846 while shouting, “Boys, follow me!”

Also, in history, this division played a significant role in the Allies’ win during operation Overlord in the battle of Normandy on D-Day. Interestingly, the base site was selected in July 1941, and construction started in February 1942. A few months later, one officer and 19 soldiers arrived from Fort Knox, and that was the start of a long history of military excellence.

Camp Campbell was the training ground for multiple armored divisions from 1942 till the end of World War II. After that, it was a secret storage site for nuclear weapons and carried the name Clarksville Base. Only in 1949 did the 11th Airborne Division arrive and used Campbell Base as their resident base until early 1956. During this time, in April 1950, the military base was re-designated Fort Campbell.

In September 1956, Maj. Gen. T.L.Sherbourne, the first commander of the new airborne division, received their colors, and it was also the official ceremony reactivating the famed “Screaming Eagles” of World War II. In July 1965, the 1st brigade went to Vietnam; in January 1968, the remainder of the 101st division joined the 1st during Operation Eagle Thrust.

The Fort Knox Army Base in Hardin, Kentucky

The almost 160-square-mile Fort Knox Army Base is in Hardin County, Kentucky, and stretches across three counties. It is about 40 miles south of Louisville, KY. In addition, it is a certified Kentucky city and the sixth largest urban community in the Commonwealth. Fort Knox is a military base that houses personnel, conducts training operations, stores equipment, and supports military operations.

Fort Knox and the surrounding communities house many military families and, therefore, are one of the most significant military institutions in the U.S. Fort Knox is the Army’s Human Resource Center of Excellence, from where it recruits, train, and support soldiers. In addition, it is the center of military command for U.S. military personnel in the Army, Air Force, Coast Guard, Marines, and Navy.

Although Fort Knox is one of the two Kentucky Army bases, the U.S. Marine Corps also has a presence and shares sections of the base for training purposes. Also, it presents the M1 Abrams Tank crewman training program. Additionally, Fort Knox is one of three United States Army Bases large enough to maintain its own internal High School.

Fort Knox is huge and the richest, mainly known for holding the U.S. Bullion Depository. They say it has about 4,5 metric tons that value, depending on the market, around $290 billion. Also a popular tourist attraction is the General George Patton Museum of Leadership.

The History Of Fort Knox

Fort Knox honors Henry Knox, Chief of Artillery in the American Revolutionary War and the first United States Secretary of War. The history started in 1861 when it was initially a military encampment during the American Civil War. However, the base remained a low-key facility until 1918, when they planned to build an army installation. Decades later, in 2011, the final constructions of Fort Knox were completed.

The Blue Grass Army Depot Base In Richmond, Kentucky

The third Army base in Kentucky is the Blue Grass Army Depot Base, composed of about 14,500-acre open fields and wooded areas and is located in the central-eastern side of Kentucky, southeast of the cities of Lexington and Richmond. This depot is a U.S. Army Joint Munitions Command storage facility that stores conventional munitions and chemical weapons.

The Blue Grass Chemical Activity (BGCA) is the tenant that uses the depot for storage. In addition, it is home to the Chemical Material Surveillance Programs and the Molten Salt Research and Development Facility. It is the U.S. military’s leading center for surveillance, storage, testing, and minor repair for the Chemical Defense Equipment Program. The base is mainly a training site for deploying units.

The U.S. is part of the international Chemical Weapons Convention treaty, which requires this stockpile’s destruction. In addition, the Blue Grass Chemical Agent-Destruction Pilot Plant (BGCAPP) is the destruction facility to eliminate the chemical weapons stocks at the Blue Grass Army Depot (BGAD). This plant aims to eliminate many tons of nerve and mustard agents.

The facility opened in 1969 with 29 acres, was managed by Peabody Coal Company until 1997 and was named to honor Sen. Ford. In 2017, additional 11,000 acres of reclaimed strip mining land was added and currently serves about 70,000 military personnel per annum with training.

Its mission is dual, and it entails both Federal and State roles. During peacetimes, the governor of each state commands the Air National Guard to help their respective communities during emergencies. However, during National emergencies, the president of the United States may actively call on them to assist.

The Kentucky Air National Guard’s 123rd Airlift Wing is based in Louisville and always takes great pride in being “Their Hometown Air Force.”

The History Of The Air National Guard’s Airlift Wing

The highly decorated Kentucky Air National Guard’s 123rd Airlift Wing has a proud global engagement history. It includes numerous awards and trophies. However, the wing’s roots go back to the 123rd Fighter Group and 165th Fighter Squadron of 1946. The new unit received federal recognition in 1947 and dated back to the 123rd Cavalry Regiment.

Kentucky ticks all the required military boxes with the five active bases. They rank top in specific categories, and all have a proud, rich history that speaks of decades of successfully defending the American people. 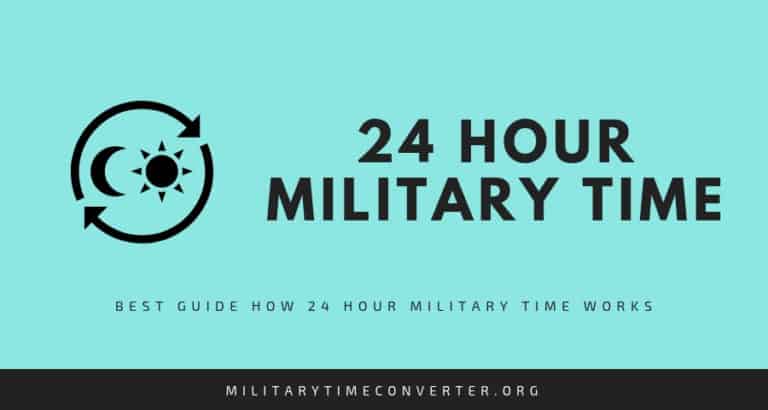