Do you know what time 2315 Military Time is? I know that converting Military Time can be a bit complicated, but not when you know the simple and helpful formula. In case you only want to know what 2315 hours military time means, here you have a short, but useful answer:

For those of you who are interested in a simple conversion formula, continue reading and find below the formula that helps you understand the conversion of 2315 Military Time.

What does 2315 Military Time mean?

This simple image below explains to you the basic rule of conversion:

In addition, if you have a Military Time greater or equal than 13:00, you have to subtract 12 hours from the given time. And that’s all you need to know.

Now, let’s move on to explaining the simplest way of how you can convert 2315 Hours into Standard Time.

Before you start, look at this classic analog clock that shows the time you want to convert. It helps you understand the whole process of 2315 Military Time Conversion:

And now let’s move on the conversion process itself:

Divide the given time

First, divide the given time into hours and minutes. For 2315 Military Time it is 23 hours and 15 minutes.

Minutes are the same in the Military Time as so as in Standard Time, so 15 minutes is still 15 minutes.

Add the colon between calculated hours and minutes and the result will be 11:15.

As 2315 is greater than 1200 so according to about mentioned rule add PM after calculated time so the result will be 11:15 PM normal time.

TIP: If you want to see more conversions check out other articles about specific military time conversions.

All Quizzes on Military Time: Can you get score 10/10?

How to Read and Write 2315 Military Time?

You already know how to convert 2315 Hours and now it’s time to learn how to read and write this specific time.

This table explains everything you need to know about reading and writing 2315 Hours Time and related times:

I hope you found this table above useful and you understand how to write and say 2315 hours and related times now. In case you are still confused, don’t worry, I have a great tip for you.

TIP: Learn how to read Military Time for other hours in this post:

How to Read Military Time? Simple Explanation with Examples

Still didn’t see what you were looking for? These frequently asked questions can provide you with any additional information.

2315 in Military Time is said as Twenty-three Fifteen (hours). You may say hours after a given time but it is not necessary.

I hope 2315 Military Time (2315 Hours) conversion was not a difficult task for you, but the clarification of AM and PM is an important reminder:

If it is still confusing for you, you can read the post on Military Time Charts where you find a conversion chart for all hours of the day. Or you can visit the post with Military Time Converter, where you can find an explanation on how to use this converter and convert any time you want.

TIP: This website contains much more topics related to Military Time so you can also check the main categories with all useful posts: 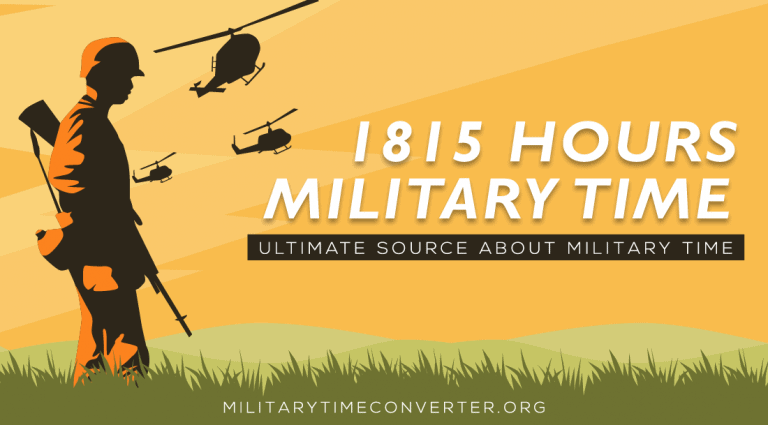